For many of us, being "on" from the moment we step out of bed sounds out of the realm of possibility. But for Danielle Edwards, it's a non-negotiable. As the founder and lead trainer of The New Body Project, a female-only bootcamp studio in Brooklyn, New York, Edwards quite literally has to hit the ground running—starting the morning off strong, after all, is kind of a job requirement as she continues to build and inspire the tight-knit community of women who now congregate at her studio.

"I love coming to work and seeing everyone excited to put themselves first," she says. "I was once in all of their positions so I can relate. Trying to take your body back isn’t an easy feat. It requires first acknowledging that you need and want assistance, which takes great courage. This is why my energy, excitement, and skills are at 1000%-because I just love to help people."

Many of the women in the New Body Project community choose to start their day with Edwards, which means that she has to channel that infectious energy during the earliest hours of the morning—though Edwards will be the first to admit that being a morning person isn't exactly something that has always felt natural to her. "I never considered myself one but I would dream about being THAT person who woke up and worked out while the world still slept." Soon enough, her routine ended up forcing the habit. "After having kids and starting my company, that all changed," she says.

And a big part of that evolution, she says, was the realization that in order to show up for all the people in her life, she needed to show up for herself first. "Because I wear so many hats as the owner and trainer of a fitness studio, as well as a mom and wife, it’s often difficult to find time for myself," she says. "I’m privileged enough to be in a position that gives to so many people. I have to practice what I preach and I make sure to take a class at another studio or train myself for self-care."

Below, Edwards shares how that all falls into place every morning—usually, starting well before the crack of dawn. 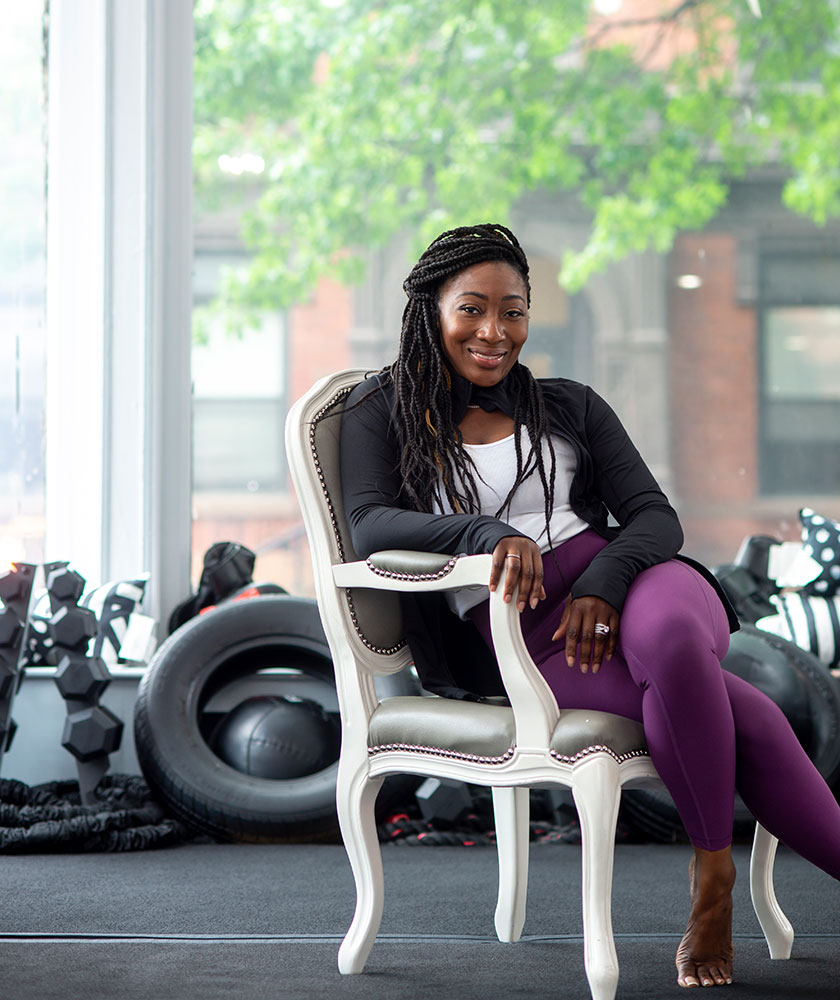 Waking up before dawn is actually kind of nice. (Hear me out.)

"Because my day starts before most people are up at around 4:30 AM, this is when I have the time for clarity. I become very intentional about my thoughts—sometimes I just lay in my discernment because there isn’t anyone around to shortstop my alone time. Let’s just say that when my kids get up, it gets real very quickly!"

That alone time is beyond crucial, by the way.

"The early mornings are the times where I feel I can authentically check in with myself and mentally navigate my day. When I started my company The New Body Project, it was difficult for me to separate my personal life from the business. This made me check my phone first thing in the morning because the organized yet chaotic life I lead kept me bonded to my sense of needing to be in the know of everything going on around and in my company. I realized that was insanely draining and had to stop. I made a conscious decision to not allow myself to touch my phone until 8am. Since that’s been in routine, it leaves space for me to be grateful." 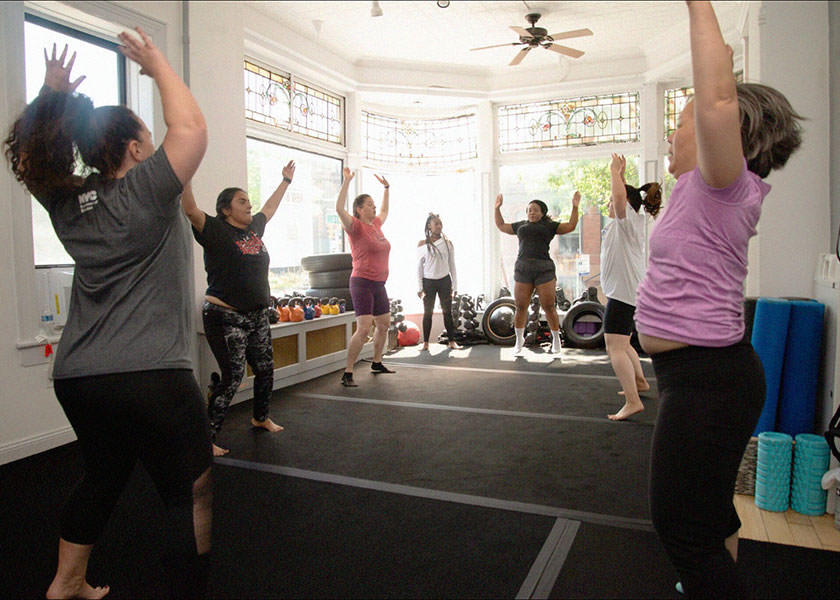 Here are a few rituals I swear by…

"First and foremost prayer: expressing gratitude for the breath I breathe, my family, and the ability to serve a community of dynamic women. I tend to be a creature of habit and eat the same thing almost every single day. I typically have two breakfasts: a smoothie at 5am (which consists of one banana, a huge handful of baby spinach, 1 heaping spoon of peanut butter, and almond milk), and then a little after 10am, I dash over to Whole Foods and grab one small cup of oatmeal and two links of chicken sausage. I also drink a lot of water." 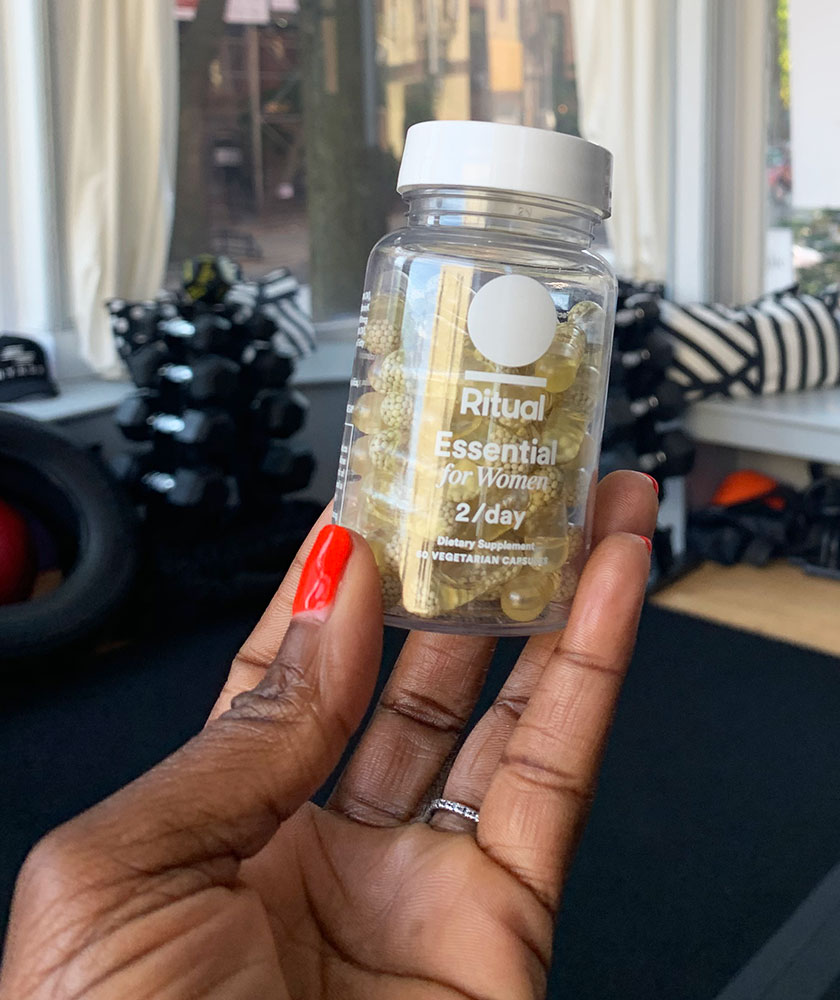 All in all, I kind of live a full day before 10am—and I wouldn't have it any other way.

"I’m up at 4:30ish, and before I even leave the house I’ve taken care of myself, I’ve put a load of laundry in the machine, I’ve made breakfast for my kids, I’ve washed the dishes, I’ve gotten my two kids ready for school and dropped them off; I’ve already taught two dynamic High-Intensity Interval Training classes at The New Body Project, and I’ve checked in with my online clients—again, this is all before 10am. This may seem like a lot to most people but the mere fact that my kids tell me they are proud of me and that I am able to empower more than 50 women each morning keeps me energized all day."

How Catt Sadler Mastered the Art of Putting Herself First